Services necessary for the fundraising and commercial activities that raise financial support for Team USA athletes, plus the professional management of the organization—including administrative costs for functions like people and culture, finance, legal and governance. 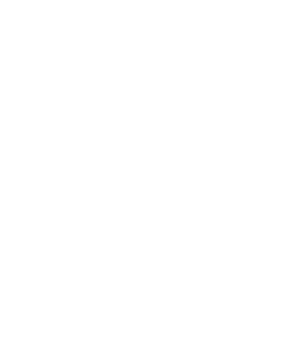 The USOPC’s diverse partners continue to be critically important to the success of Team USA.

Team USA, and the Olympic and Paralympic movements, continue to attract the partnership of many of the world’s greatest brands, ensuring the long-term health and stability of the U.S. Olympic & Paralympic Committee and the athletes, National Governing Bodies and programs it supports.

The IOC’s The Olympic Partners (TOP) program continues to grow, announcing in 2019, the first joint TOP deal with Coke and Mengnui and the addition of Airbnb to its global partnership portfolio.

Established in 1984 to administer and invest the surplus funds generated from Games of the XXIII Olympiad in Los Angeles, the U.S. Olympic Endowment is an independent nonprofit that provides critical long-term financial support for the USOPC and its member organizations.

By building a strong and secure financial base, the Endowment ensures the USOPC can meet its most pressing needs, particularly the well-being of its athletes and the National Governing Bodies and High Performance Management Organizations who support them. In the past 34 years, the endowment’s net assets have grown to approximately $220 million, while awarding grants to the USOPC to allocate across its member organizations, totaling more than $341 million—including $10.1 million in 2019.

The U.S. Olympic & Paralympic Foundation was established in 2013 to increase the amount of philanthropic support provided to Team USA athletes. Since its inception, the foundation has raised more than $163.61 million, impacting thousands of athletes as they train for their chance to compete at the Olympic and Paralympic Games. One hundred percent of unrestricted gifts to the USOPF go to athletes and the high-performance programs that help them succeed.

Following its most successful fundraising year to date, the foundation raised $40.60 million in revenue in 2019 to set a new fundraising record. Gifts came from nearly 50,000 individuals from all 50 states, representing an almost 20% increase in unique donors from 2018.

In 2019, donors to the foundation helped fund a variety of important programs, including Athlete Career & Education, the Technology and Innovation Fund and the Sport Ambassador program. Donors contributed $2.26 million in funding toward ACE for initiatives like tuition grants and career services, while the Technology and Innovation Fund benefitted from $8.21 million in new commitments and supported 26 out of 50 National Governing Bodies with performance-impacting projects. Sport ambassadors, donors who generously fund initiatives within an individual sport or NGB, gave $2.32 million, helping the USOPC and NGBs invest incrementally in the wellness and performance potential of Team USA athletes.

The success of the USOPF’s fundraising efforts was made possible through the leadership and dedication of its board of directors. Chaired by Gordy Crawford, this distinguished group of philanthropists is united by a shared belief in the power of the Olympic and Paralympic movements to change lives. Through their generosity and professional expertise, board members ensured that the USOPF reached its fundraising targets and executed upon its strategic priorities in 2019, thereby increasing the amount of philanthropic support Team USA athletes received.

Other generous individuals who made a tremendous impact on Team USA athletes in 2019 were the USOPF trustees. Trustee families advocate for the foundation within their networks, raise awareness of Team USA athletes’ needs and encourage those who may be interested in supporting Team USA to get involved with the USOPF. In 2019, 23 new trustee families joined the program (including four former members of the board of directors), bringing the total number of USOPF trustees to 85.

In what was a landmark year for the ACE program, donors provided more funding for tuition grants, career services and life skills support than ever before.

Through its Pivot workshop, ACE guided a total of 37 athletes through in-person sessions on reframing identity, rediscovering self and defining purpose through discussions on shared experiences. Led by sports psychology professionals, the two-day workshop and online follow-up meetings with peers empowered athlete participants to tackle the next chapter of their lives with renewed support and confidence.

The donor-supported Technology and Innovation Fund advanced not only the performance potential of Team USA athletes in 2019, but also the health and well-being of the Olympians, Paralympians and hopefuls who participated in its projects.

The fund also took on its first Paralympic projects in 2019, developing a custom javelin chair for Team USA’s top Paralympic javelin thrower as well as fabricating a custom handcycle for Kendall Gretsch, who reported performance improvements in her new equipment in tests conducted by USA Triathlon.

In 2019, the fund continued to make strides in its Athlete 360 program, with more than 500 athletes across 15 NGBs logging health and training information in the platform. The long-term goal of the program is to reduce the number of injuries and illnesses Team USA athletes experience, so they are able to be at their best, both on and off the field of play.

Raised for the Technology and Innovation Fund